I Can't Hear Myself Think!

Help. I can't hear myself think. I currently have ten 10 and 11 year olds running around the house for my daughter's birthday party. Counting down - two more hours to go when most of them leave and then just one friend staying for a sleepover. I can't believe how much noise 10 girls can make, but as long as they are having fun. In between feeding them I am contemplating whether or not to enter the 2014 Undersized Urbanite Contest to challenge myself. I don't live close to anywhere where I can pick up an old dolls house to renovate and I'm not sure I have the skills to make one from scratch, but I'd really like to challenge myself. Nothing like a deadline to get your creative juices flowing.
Posted by 12Create at 1:14 PM 11 comments:

AARRRHHH!!!  Typical.  First free weekend in weeks and I wake up Saturday morning with a full on dose of the flu my husband has had for the last couple of weeks. I spent yesterday in bed trying to shake it off. It didn't work so I figure I will at least get up and do a blog post today (Sunday), especially as I haven't done an entry for three weeks. I was really hoping to make something so I could have a show and tell but I'm afraid my head is a bit fuzzy so instead this post will just be about a bit of this.. and a bit of that...

My daughter Jamie loves it when I mention her on my blog (she keeps asking if she can have one of her own) and is especially happy when people mention her in their comments, so thank you to everyone who wished her well in her dance exams. I am happy to say Jamie passed her American Jazz Grade 4 dance exam with distinction and also did really well with her SLS (Stretch Leap Spin) exam getting 5 out of 5 stars. Below is a photo of Jamie after being presented with her SLS banner. Now we are working towards competitions in October and her teacher is putting on a large recital at the end of the year to celebrate 30 years of teaching. The life of a dance mum is never boring. 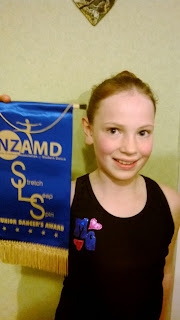 Also below is a photo of Jamie wearing a dress up costume for school last week. The costume was given to Jamie's grandmother (who grew up in England) when she was a little girl in the 1950s. It came from Germany. She has now passed it on to Jamie. 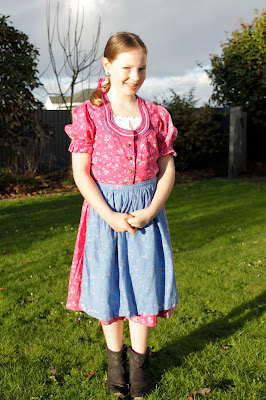 Jamie turns 11 later this month. Our birthdays are only 6 days apart. When Jamie turned 1 I was about to turn 40 so we had a big 40-1st birthday party. Now that Jamie is about to turn 11 I am about to turn?? Yes, for those quick to calculate, I'm heading for my big 50 this month. However, a 50-11th birthday doesn't sound quite right. I think I'll just let my birthday slide by this year!

Jamie wants to have a birthday party with an owl theme, so if I'm a bit quiet later this month you know what I will be doing.

On to miniatures, for those of you who follow Casey on her fabulous blog http://caseymini.blogspot.com
you will have seen her entries on weaving a rug. I recently saw two little looms on a local auction site and just had to get them to have a go. So far I have checked the boxes to make sure everything is there. Now I just need to get some cotton suitable for making a miniature woven rug. 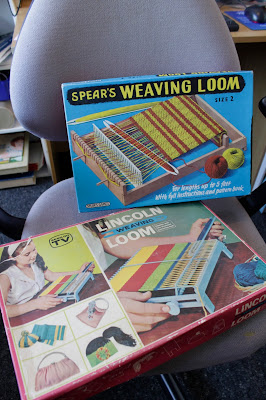 Another recent purchase is a Bodo Hennig sewing machine. It is beautifully made with moving parts. The top small room in my vintage house 'The Laurels' is going to be a sewing room as the lady of the house makes beautiful dresses for the elite in order to be able to maintain and keep 'The Laurels' while she anxiously awaits her husband long over-due return from an overseas bird-discovery expedition. 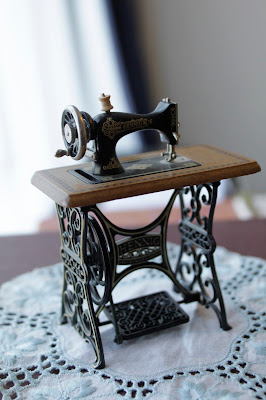 Lately it seems a number of four legged inhabitants have been begging me for a home in my dolls houses.

First of all below is some bone china collie dogs found at a local antique shop. They are hoping to move into my Amersham house when I have restored it. To that end, I have ordered some reproduction papers. 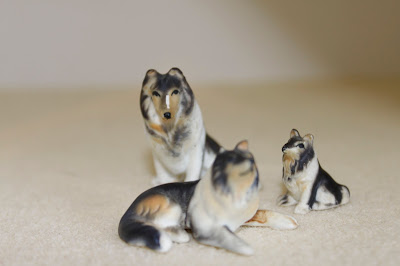 Then another set of dogs caught my attention at the local SPCA op shop. I paid only NZ 50 cents for them. I sat them with my German furniture in my Bodo Hennig house and now they are refusing to move. Actually I think they can stay. I'll have to train the pup not to jump on the furniture though! 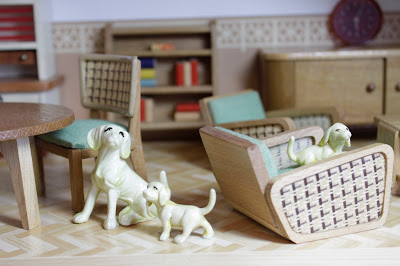 Then these two characters moved in to the Snow White and the Seven Dwarfs cottage. 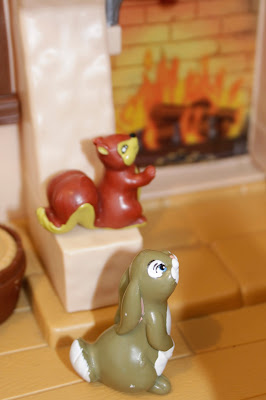 They are actually from a Snow White and the Seven Dwarfs set, but I think from a later house than mine. The auction was for the seven dwarfs, the two animals, a lantern and some pick axes and shovels. Jamie loves my Snow White house and would like one of her own. When Jamie saw the seven dwarfs in the auction of course she wanted them. We therefore came to an arrangement to go halves in the auction and she would get the seven dwarfs and I would get the animals and the tools. Of course, now she wants us to build a residence for her dwarfs. Another thing on my to do list! Below are the tools outside the back of the Snow White cottage. 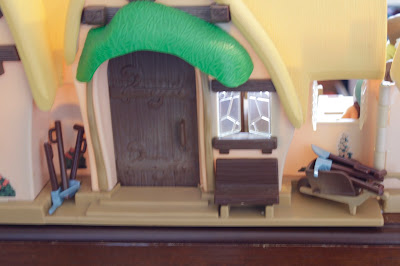 Then I found this comical miniature dog pulling along a big slipper. He has not feared the best over the years and has a slight lean. Poor thing, the least I could do for him was to take him home and find him a new residence where he could live out the rest of his life in comfort! He only cost a few cents at another op shop. 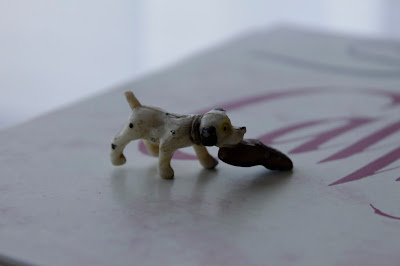 Actually I had a really good day going around the op shops the other day. Usually I am lucky to find anything of interest but the other day, along with the dogs, I also found some beautiful unfinished raised embroidery, a number of doilies that can be used for miniatures, some plastic utensils, a little pottery pot and a stone pot and a lovely piece of fabric with a miniature print. A good day at the op shops. 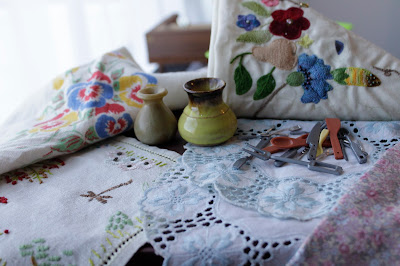 Finally, I bought an old tile from the local antique shop. I had been looking at them for some time and when I went in the other day there was only one left, sadly not in the best of condition. I am hoping to work in photoshop to fill in the edges and to create miniature floor tiles. Four of these tiles would create the floor tile design. I think it will make a lovely floor. Supposedly the original tiles came from a Lypiatt Park in Eastcombe, Gloucestershire. 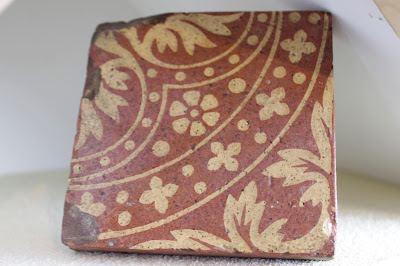 Well it has taken a while for me to get my head around this entry and complete it and unfortunately my flu symptoms have not miraculously disappeared, so I think I will have a hot bath and then head back to bed with a lemon and honey drink for a while and play patience on my cellphone!

Hope everyone is having a great weekend. Happy September!
Posted by 12Create at 4:34 PM 11 comments: 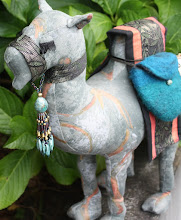 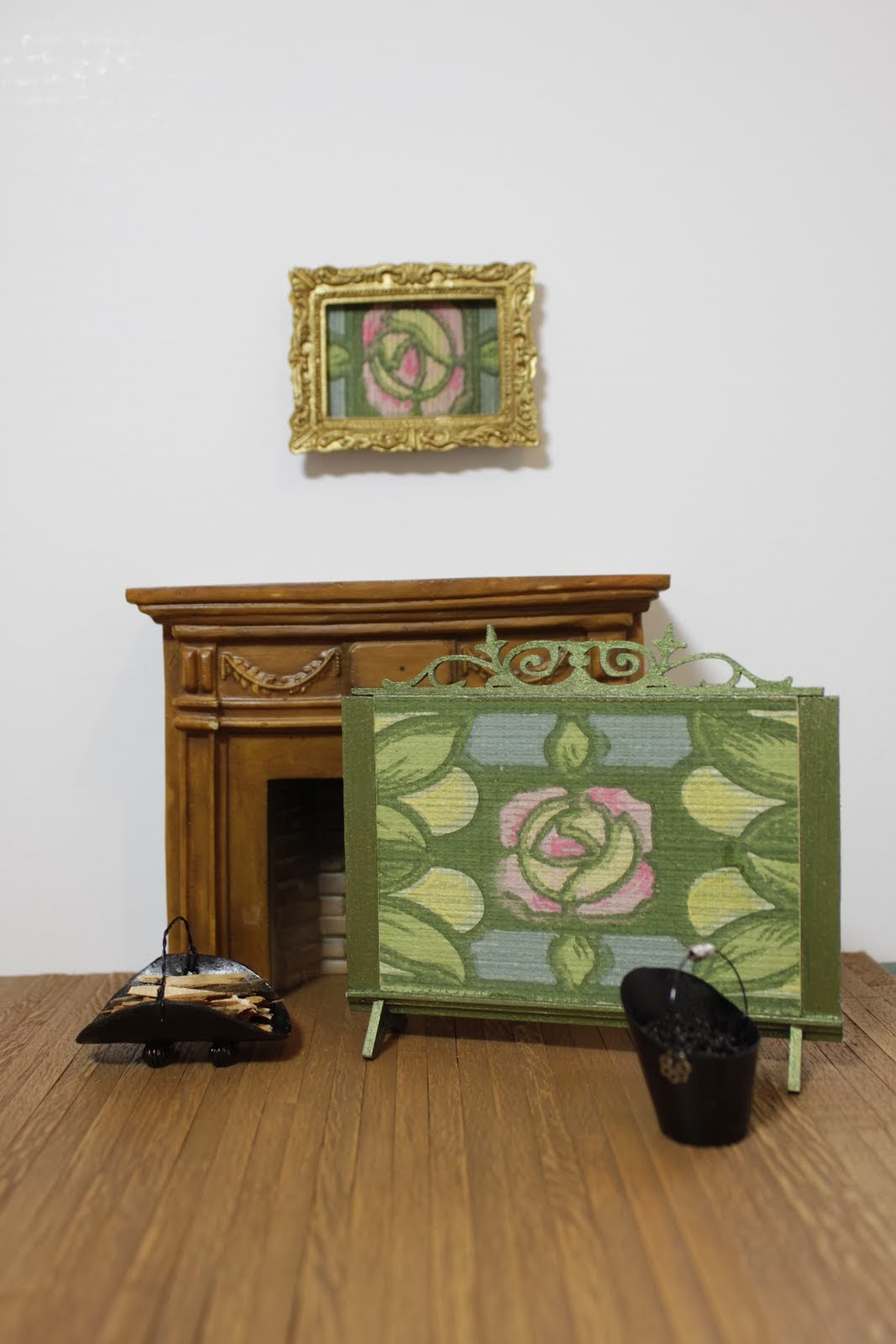 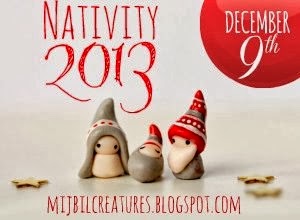 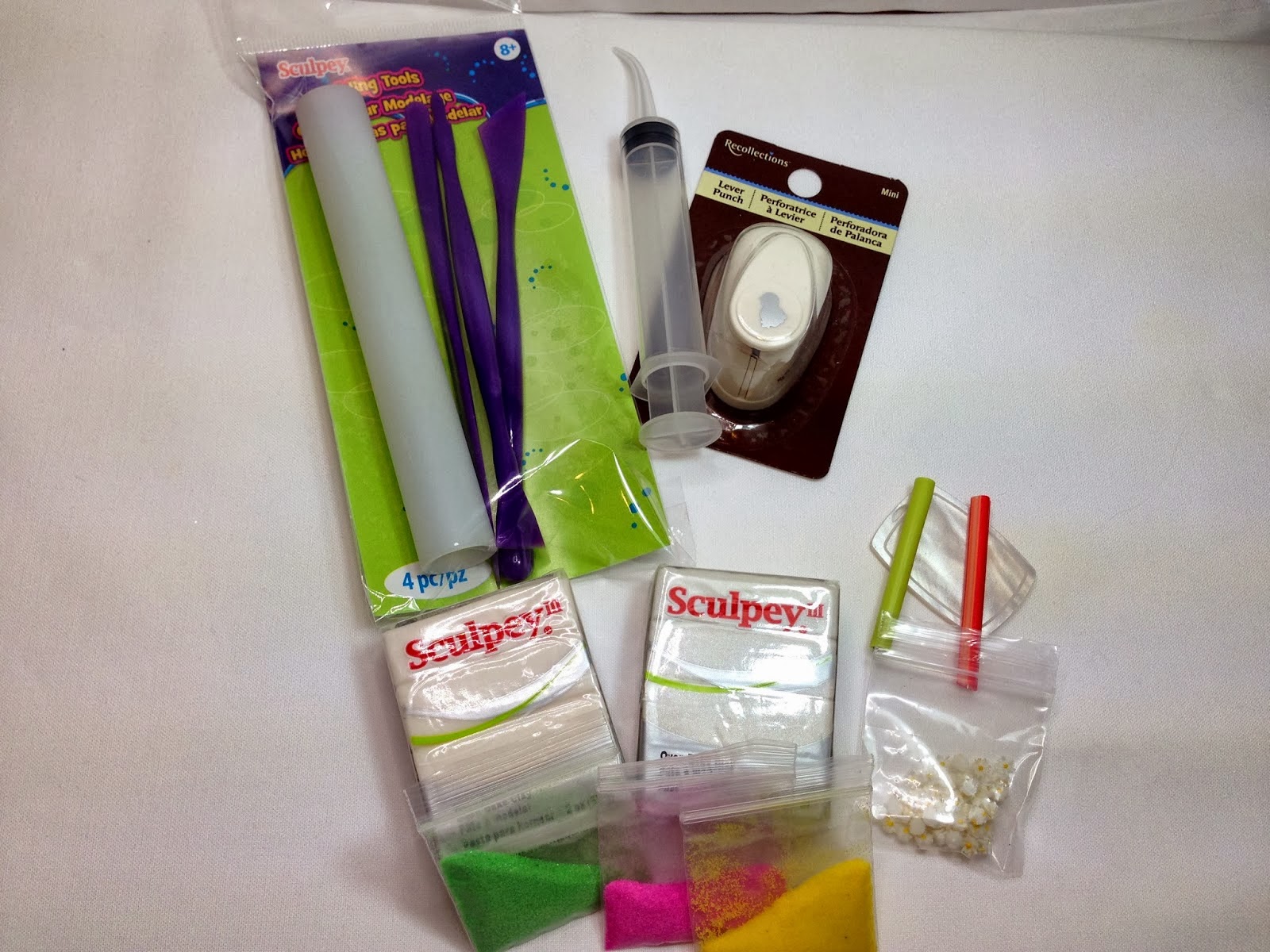 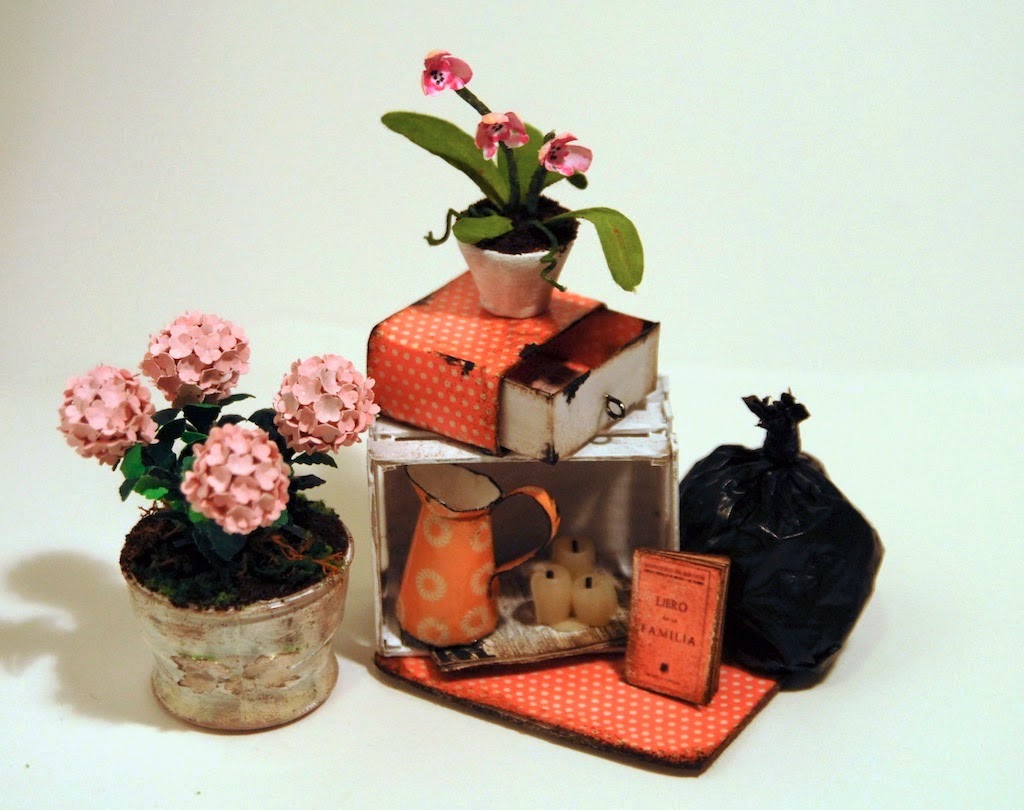 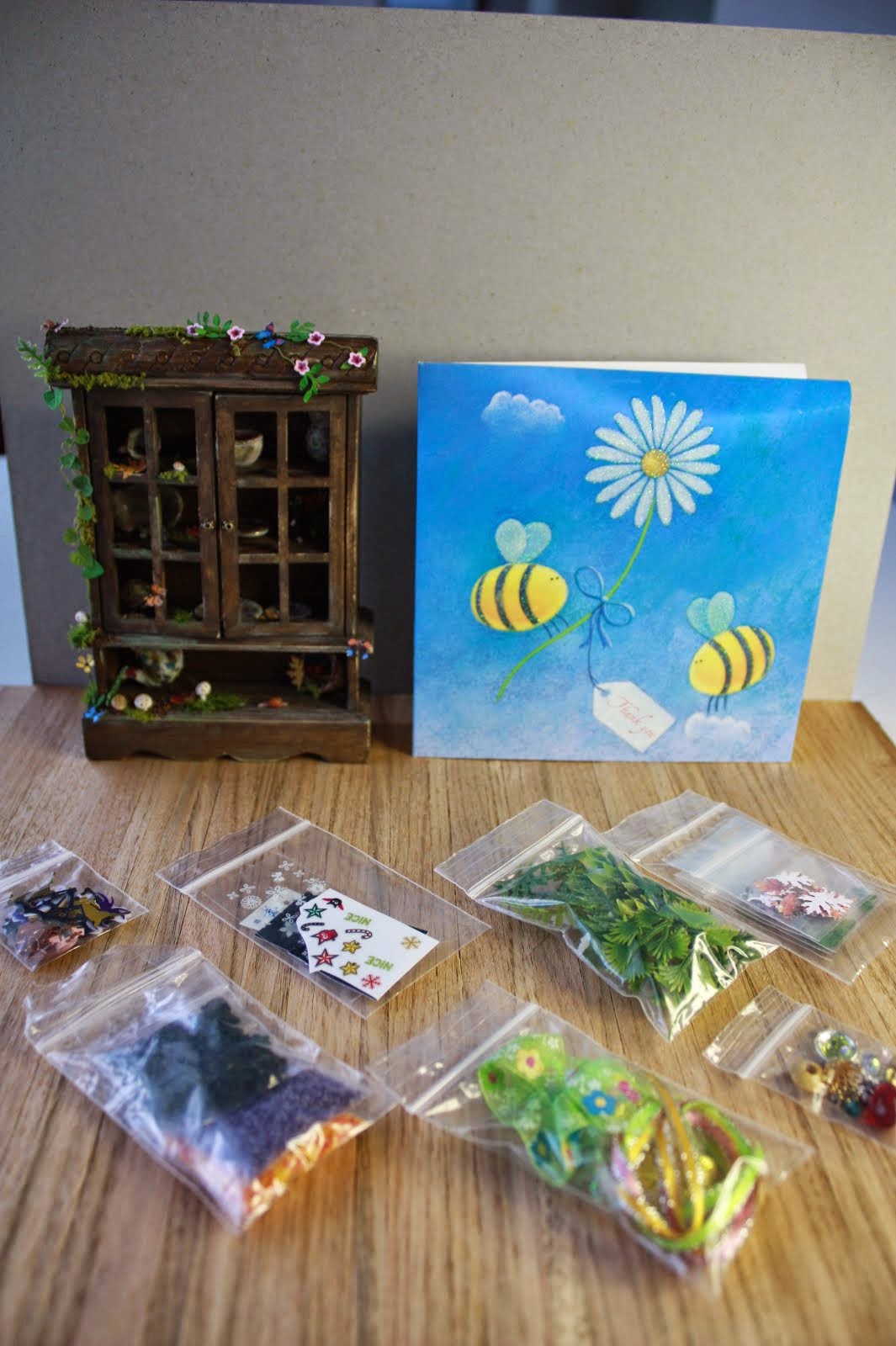 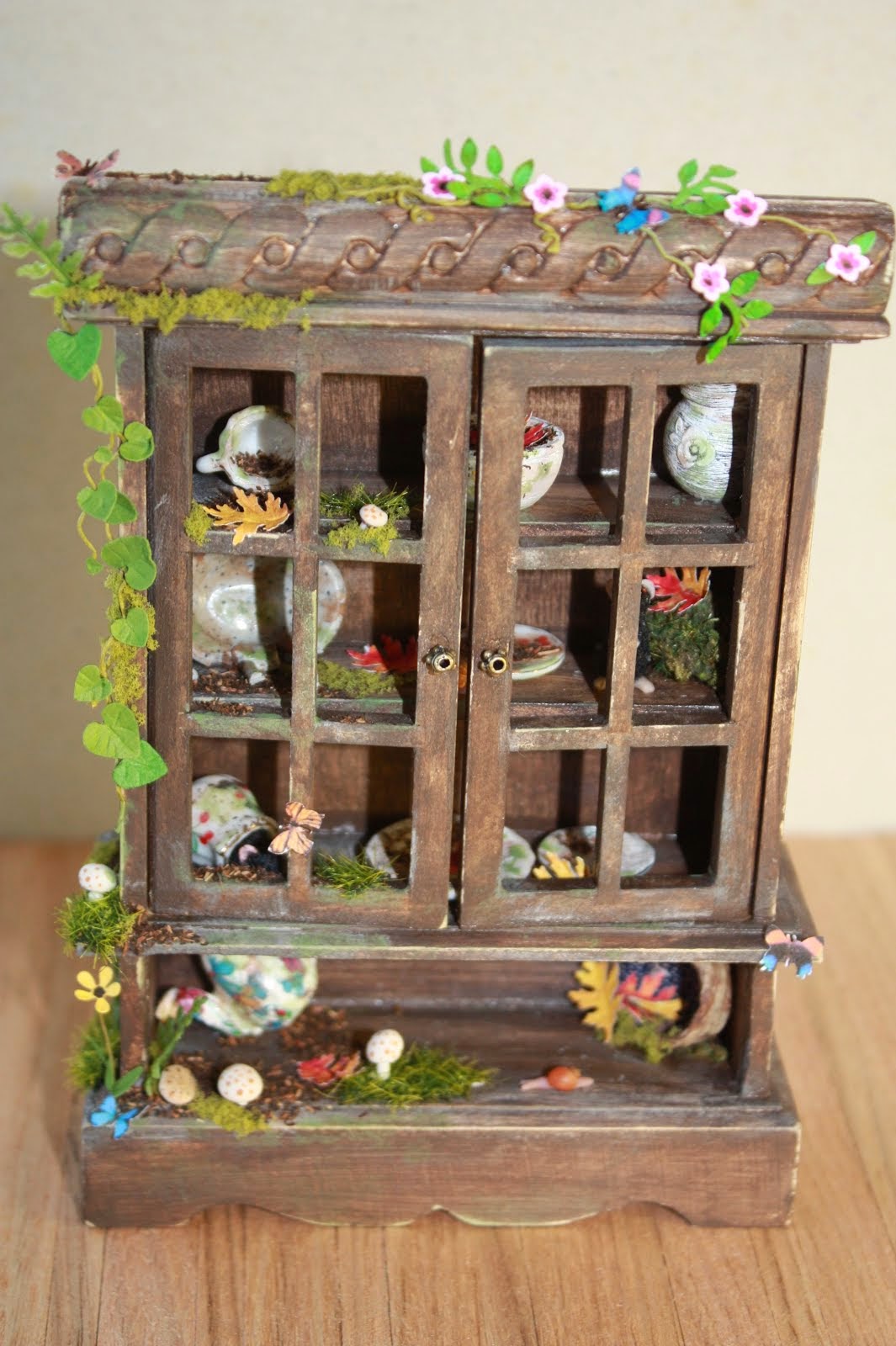